IN DOWN YEARS, NOL RULES CAN OFFER TAX RELIEF 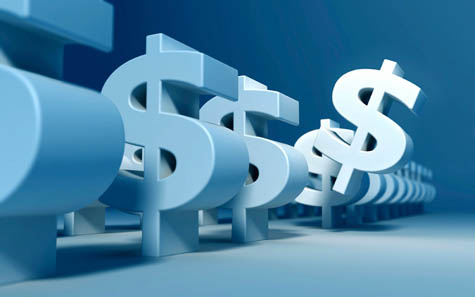 From time to time, a business may find that its operating expenses and other deductions for a particular year exceed its income. This is known as incurring a net operating loss (NOL).

In such cases, companies (or their owners) may be able to snatch some tax relief from this revenue defeat. Under the Internal Revenue Code, a corporation or individual may deduct an NOL from its income.

Generally, you take an NOL deduction in one of three ways:

1. Deducting the loss in previous years, called a “carryback,” which creates a refund,

2. Deducting the loss in future years, called a “carryforward,” which lowers your future tax liability, or

3. Doing a little bit of both.

A corporation or individual must carry back an NOL to the two years before the year it incurred the loss. But the carryback period may be increased to three years if a casualty or theft causes the NOL, or if you have a qualified small business and the loss is in a presidentially declared disaster area. The carryforward period is a maximum of 20 years.

You must first carry back losses to the earliest tax year for which you qualify, depending on which carryback period applies. This can produce an immediate refund of taxes paid in the carryback years. From there, you may carry forward any remaining losses year by year up to the 20-year maximum.

You may, however, elect to forgo the carryback period and instead immediately carry forward a loss if you believe doing so will provide a greater tax benefit. But you’ll need to compare your marginal tax rate — that is, the tax rate of the last income dollar in the previous two years — with your expected marginal tax rates in future years.

For example, say your marginal tax rate was relatively low over the last two years, but you expect big profits next year. In this case, your increased income might put you in a higher marginal tax bracket. So you’d be smarter to waive the carryback period and carry forward the NOL to years in which you can use it to reduce income that otherwise would be taxed at the higher rate.

Then again, as of this writing, efforts are underway to pass tax law reform. So, if tax rates go down, it might be more beneficial to carry back an NOL as far as allowed before carrying it forward.

Many circumstances can create an NOL. Whatever the reason, the rules are complex. Let us help you work through the process.

One tricky aspect of navigating the net operating loss (NOL) rules is the impact of the alternative minimum tax (AMT). Many business owners wonder whether they can offset AMT liability with NOLs just as they can offset regular tax liability.

The answer is “yes” — you can deduct your AMT NOLs from your AMT income in generally the same manner as for regular NOLs. The excess of deductions allowed over the income recognized for AMT purposes is essentially the AMT NOL. But beware that different rules for deductions, exclusions and preferences apply to the AMT. (These rules apply to both individuals and corporations.)